SABCS 2016: The Unsustainable (and Unconscionable) Cost of Cancer Care 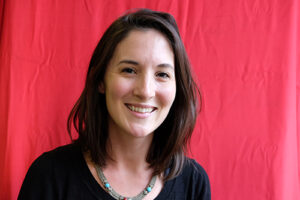 We’ve reported for years on the ever-rising costs of cancer drugs and there seems to be no end in sight to the spiraling costs of cancer care in the U.S. As a result, patients are experiencing “financial toxicity,” including high out-of-pocket costs, loss of productivity, depletion of their assets, medical debt, bankruptcy or feelings of financial distress. About 3% of cancer patients go bankrupt, partly due to the out-of-pocket costs of drugs, many of which have not even been proven to extend overall survival, let alone “cure” cancer. Some patients concerned about how to afford their medications choose to delay treatment or spread out doses until they can meet their deductibles. This is an unacceptable situation that too few cancer organizations are taking on, likely because many of them take money from the pharmaceutical companies that control the price of drugs.

Dr. Peter Bach, Director of the Center for Health Policy and Outcomes at the Memorial Sloan-Kettering Cancer Center, gave the opening plenary lecture at this year’s San Antonio Breast Cancer Symposium (SABCS) on the global cost of cancer care. According to Bach, per-life year drug prices (adjusted for inflation) have more than quadrupled over the last 20 years in the U.S. Drug costs have become the number one concern among many people in the U.S. facing medical bills and trips to the pharmacy. Many breast cancer patients and advocates know this all too well from experience. It was refreshing to see a full lecture dedicated to the real-world issue of treatment costs at a conference that largely views cancer as merely a scientific puzzle to solve.

Of course, drug costs are only one part of the picture when it comes to accessing cancer care. Health insurance coverage and cost are also key issues, especially given the possible impending repeal of the Affordable Care Act (ACA). Despite the positive impacts of the ACA, the current structure of health insurance in the U.S. includes ever-rising deductibles and coinsurance costs. Health savings accounts (HSAs) are also costly when insurance companies don’t count purchases toward a deductible. Bach asserted that HSAs—and other methods by which consumers have an economic stake in the value of the products they buy—are representative of the widely held Republican value of personal responsibility. With Republicans now controlling the White House and Congress, this trend is expected to continue. Further, with the lack of consensus on what would replace the ACA, it remains unknown how individuals with pre-existing conditions—which of course include those with cancer—will obtain affordable coverage.

It is clear that there are no simple solutions here, but Bach outlined three potential approaches to addressing the issue of high drug prices.

One thing is for sure, the current cost of drugs is not sustainable. Not for patients and not for our healthcare system, as the more insurers pay for medications, the less is left for other services. The recently passed 21st Century Cures Act, the largest piece of healthcare legislation since the ACA, promises the accelerated development of cures yet fails to address drug costs. Further, the bill will effectively weaken Food & Drug Administration standards for the approval of new drugs and devices by allowing observational and anecdotal “evidence” to serve as a stand-in for randomized control trials, which demonstrate actual clinical benefit. What a terrible waste of a prime opportunity to prioritize patient access to innovative, high-quality treatments, rather than increase monopoly drug pricing for treatments that don’t necessarily work and may even threaten public health. It’s the same old song and dance of putting profits before patients. We deserve better.