SABCS 2014: What Have We Learned About Partial Breast Radiation Therapy? 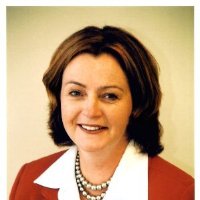 Dr. Ivo Olivotto presented data to help women and their doctors make decisions on using either whole breast irradiation (WBI) vs. accelerated partial breast irradiation (APBI) in the treatment of breast cancer. He discussed how to determine which patients are best suited for each therapy, the pros and cons of each treatment, and how to reduce toxicity without losing treatment efficacy.

As all radiation therapy carries toxicities (either immediate, with damage to skin and other tissues, or longer term harms such as heart and liver damage and the development of secondary cancers), researchers and clinicians are always looking at ways to reduce the toxicity of radiation by targeting the therapy more specifically to the cancer and avoiding damage to nearby healthy tissues. On the other hand, when radiation therapy is more targeted, it may actually miss some cancerous cells or micro metastases. Deciding which therapy is best for each patient is a balancing act that requires weighing the benefits and the risks for each patient.

Whole breast irradiation (WBI) improves survival and is overall well-tolerated by patients. One of the down-sides of using WBI is that more tissue (including healthy cells) may be exposed to radiation – leading to both short and longer term problems. Additionally, WBI is generally given over a longer time period (3-6 weeks) which can be disruptive or impossible for patients who are unable to be away for work, family or other obligations for that length of time. And 25% of patients who undergo WBI end up with a low-grade persistent pain.

These down-sides of using WBI led to the use of Accelerated Partial Breast Irradiation (APBI) in 1990’s and early 2000’s. Advantages of APBI include a shorter overall treatment time, and less radiation damage to surrounding normal tissue due to the more focused radiation beam.  Disadvantages of APBI include the potential to miss treating unrecognized lesions in other parts of the breast, and the higher dose of radiation delivered to certain points, which could result in a higher rate of late post-radiation effects in breast, heart, lungs and the brachial plexus.   Additionally, APBI is not clinically appropriate for women with higher Body Mass Index (BMI) or for women who have larger breasts because it’s difficult to ensure that the partial beam is delivered to the tissue for which it is intended.  WBI is a more appropriate therapy in these patients.

The news that three weeks of Accelerated Partial Breast Irradiation (APBI) rather than the more traditional five week course of Whole Breast Irradiation (WBI) is equally effective is not new. The question remains why radiation oncologists have not more readily adopted the shorter course of APBI (rather than five weeks of WBI). A 50% reduction in treatment time makes those radiation treatment schedules attractive for both patients and healthcare providers and would have a significant impact on daily radiation treatment practice around the world, as it could allow for a great number of patients to be treated and use fewer healthcare resources – both important policy implications.  In the U.S., however, radiation oncologists bill by week (rather than by patient, or some other unit that would produce equal earnings), so a shorter radiation course equals less revenue for radiation oncologists.

In the end, the decision about which type of radiation treatment and the dosing schedule is most suitable for an individual patient is something that the clinician and the patient should discuss, keeping in mind the clinical specifics of each patient’s breast cancer diagnosis and the pros and cons of the various treatment options. As the evidence is mounting on the safety and efficacy of ABPI , women who are not offered ABPI should be empowered to ask their physician ‘Why not?’ and insist on specific answers.

What have we learned from the randomized trials of partial breast RT? Ivo A. Olivotto, MD, FRCPC, University of Calgary and Tom Baker Cancer Centre, Calgary, CANADA