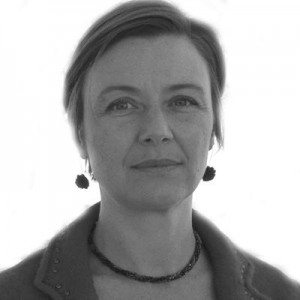 Around 40,000 individual women die of breast cancer each and every year. Sisters. Mothers. Daughters. Spouses. Friends. For each of these women and their loved ones breast cancer is a personal tragedy.

Breast cancer is also a public health crisis and social justice issue. Despite decades of awareness campaigns, breast cancer is the second leading cause of cancer death for women in the U.S. And a woman’s chances of surviving a diagnosis are significantly impacted by her race, as well as socioeconomic status and where she lives.

The mainstream breast cancer movement tells us that if we just make sure that every woman gets a routine mammogram, we can fix this. It tells us fewer women will die if they get mammograms, and that the answer to the unacceptable inequities in survival can be addressed by expanding access to mammograms. But the facts tell a very different story.

After more than 30 years of widespread promotion of routine breast cancer screening for women at average risk, an undeniable body of research shows the significant harms and limited benefits of population-based screening. The truth is that widespread mammography screening has failed to dramatically reduce the number of deaths from breast cancer.

Last week, a new study in the New England Journal of Medicine added to the compelling evidence that for a majority of asymptomatic women at average risk of breast cancer, the harms of screening may outweigh the benefit.

Researchers from Dartmouth College and the National Cancer Institute (NCI), examined data from the Surveillance, Epidemiology, and End Results (SEER) program looked at the size of breast cancer tumors among women age 40 and older. They examined 37 years’ worth of data, dividing into two time periods, before and after widespread adoption of population-based mammography screening.

Researchers compared the proportion of small (less than two centimeters) versus large tumors (two centimeters or larger) that were detected after the introduction of mammography screening. By focusing on the size of the tumor, an important part of determining what stage the cancer is, the researchers tested the theory that if mammography screening is able to catch more small cancers, there should be a reduction in the number of large tumors diagnosed. The underlying assumption is if there are fewer large tumors, there will then be a reduction in deaths from breast cancer.

What they found is that more small breast cancer tumors were detected after the onset of routine mammography screening, but the number of larger tumors did not go down proportionately. There was only a modest reduction in the incidence of large tumors compared with a much larger increase in the incidence of small tumors found through mammography screening. The researchers calculated that 132 out of the 162 tumors detected per 100,000 women were small cancers that were not likely to grow large enough to cause symptoms or death.

Another way of saying this is that four out of five (81%) of the tumors actually represented overdiagnosis, or a diagnosis of breast cancer that would never cause symptoms or lead to death.

A prior study published in the New England Journal of Medicine in 2012 found that women who had mammography screening were just as likely to die as women who didn’t have mammograms. In 2014, the British Medical Journal published the largest mammography study to date, finding that screening average-risk women – before they could feel a lump in their breasts – did not lead to lower breast-cancer death rates for those in their 40s and 50s. The National Cancer Institute came to a similar conclusion in an analysis of multiple mammography studies involving nearly a half-million women: “Screening for breast cancer does not affect overall mortality.” Indeed an editorial in JAMA last year clearly explains that, “85% of women in their 40s and 50s who die of breast cancer would have died regardless of mammography screening.”

While some breast cancers are very aggressive, most are slow growing, taking a decade or more to become detectable. Many of these slowest growing cancers would never become a problem for women and would not be found were it not for the mammogram we are entreated to get.

Overdiagnosis is a side effect of looking for early forms of disease via routine mammography screening programs. Overdiagnosis is not observable in the clinic with individual women; it becomes evident only through large-scale modeling and statistical analysis. Estimates on overdiagnosis of breast cancers found through screening vary widely, from less than 5% to the latest estimate of more than 80%. The Swiss Medical Board in 2014 provided a widely accepted estimate that 21.9% of breast cancers found through mammography screening represent overdiagnosis.

Overdiagnosis, in turn, leads to overtreatment, which is the treatment of clinically insignificant disease, essentially giving too much treatment without benefit to the patient. Treating a cancer that is not life-threatening leads to significant harm for women. Accepting the Swiss Medical Board estimates, that means one in five women who was told she had breast cancer after her mammogram received unnecessary treatment for cancer. The result is that tens of thousands of women in the U.S. each year are treated unnecessarily for breast cancer and undergo surgery, radiation and chemotherapy for tumors that are not and never would be life threatening.

The immediate effects of surgery, radiation, chemotherapy and other systemic therapies are widely known and can include breast removal, pain and scarring, hair loss, nausea, skin burns, etc. Less commonly discussed, many women experience a range of long-term effects that include physical and health harms such as disability, neuropathy, lymphedema, heart disease, infertility, and secondary cancers; financial consequences from medical debt to un- and under-employment; the psychological toll of having been diagnosed with cancer; and other quality of life impacts of treatment such as issues with sexuality, “chemobrain,” and others.

Doctors cannot look at their patients and know which patients did not benefit from treatment–and so they tend to say that every patient is better for treatment. Women cannot know if their life was saved or not – and understandably tend to think that the mammogram that found their cancer saved their life.

That tens of thousands of women are treated for breast cancer may have gone through all of that for nothing is devastating on a personal and societal level. Women who have felt that their mammogram saved their life may suddenly wonder if they were unnecessarily harmed by screening. Doctors who seek to cure are forced to look directly at the harms of treatment they provide. And we all must contend with the fact that the solution we were promised – screening, early and often – is not ending the breast cancer epidemic

The public has been sold a false bill of goods by mainstream cancer charities, which for years have been pushing the simple story that annual mammography screening is the silver bullet to the breast cancer epidemic despite clear and mounting evidence to the contrary. In 2014 the Swiss Medical Board said boldly in the New England Journal of Medicine that mammography screening is “hard to justify”. The mantra “early detection saves lives” seems intuitive but is wrong, and annual screening seems like a good idea–except the evidence shows it just doesn’t do what we need it to. Even the American Cancer Society, which has long focused their approach on screening, last year adopted updated recommendations that acknowledge the balance does not clearly tip either for or against mammography screening for many women. Each woman must weigh the evidence and make her own decisions based on her known risk factors, values and preferences.

Unfortunately, the problem is the premise of “early detection” itself, not only limitations of the tool. Other screening modalities like ultrasound or MRI also bring the very same issues of false positives, false negatives, overdiagnosis, overtreatment, and cannot overcome the failures of current treatments to save lives. Early detection has not lived up to the promise: it has created a population of over-diagnosed breast cancer “survivors” without actually saving significantly more lives. We will never address and end the breast cancer epidemic simply through breast cancer screening, regardless of the screening tool; we need more effective, less toxic treatments that keep women from dying of breast cancer, and we need to prevent breast cancer in the first place.