Early Detection Does Not Save Lives 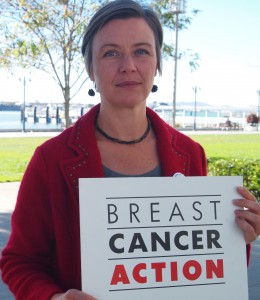 Just say the word “mammogram” and many women instantly divide into two camps: for and against. The remaining women feel they can only throw up their hands while experts retreat to their various corners to duke it out. A recent study is once again bringing breast cancer screening to the headlines: in February, The British Medical Journal (BMJ) published the largest study on mammography to date. Yet, despite the fact that nearly all women after 40 are encouraged to get a screening mammogram, few women feel they understand the implications of this long-term and well-designed study and what it means for their own health care.

As the head of a national breast cancer watchdog organization known for translating the science from a patient-centered perspective, I know how important it is for women to have access to the science in order to make their own health decisions. For decades we’ve all been told that “early detection is your best protection.” Yet the Canadian study adds to an already compelling body of evidence that early detection of breast cancer does not save women’s lives.

National headlines often refer to the “mammography debate.” Yet mammography refers to a particular imaging technology and the real issue is the specific use of this tool to screen the general population for early signs of breast cancer. “Screening mammography,” to look for early stage disease in women without symptoms, is distinctly different from “diagnostic mammography,” which uses mammography imaging to help diagnose suspicious lumps that have been found by a woman or her healthcare provider.

The rationale behind screening the general population is that by identifying and treating cancer early, even before it can be felt, treatments will be more effective and easier to bear. For many people this idea makes intuitive sense: surely the earlier something is caught, the better.

Yet the latest study in The BMJ adds to the evidence from a number of studies finding little benefit to routinely screening healthy middle-aged women at average risk of breast cancer. Furthermore, these same studies have found there are significant harms to aggressively screening the general population for cancer.

The recent Canadian study, involving 90,000 women followed over 25 years in a randomized trial, found that efforts to find breast cancers before they could be felt as a lump in the breast, using screening mammography, did not lead to lower death rates for average-risk women in their 40s and 50s. At the same time, around one in five of the cancers that were found through screening would not have required treatment were it not for the mammogram: resulting in overdiagnosis and overtreatment as these women underwent surgery, radiation, and chemotherapy to treat non-life threatening cancers.

Breast cancer is an extremely complex disease. Some breast cancers will never become life threatening, even without treatment. And many others will metastasize, sometimes many years out, even when caught early. Some cancers are so aggressive that current treatments are ineffective, no matter how early the cancer is detected. Mammograms can’t tell us which breast cancers need treating nor can they overcome the shortcomings of our current treatments. At the same time, modern advances in systemic therapies mean that finding cancers early has become less important than when local control through surgery and radiation were the primary tools.

The fundamental philosophy behind “early detection” is flawed. Let’s look again at what the Canadian study reveals: in addition to challenging the basic tenet of mammography screening (that it saves lives), the study is also instructive about the importance of universal access to high quality healthcare. Women in the study who did not get mammograms fared as well as women who participated in screening, because these Canadian women knew to get lumps checked and had access to the medical care necessary for both diagnosis and treatment.

Too many women continue to be diagnosed with and die from breast cancer. Instead of arguing about frequency of mammograms or putting hopes on another imaging tool, we need to re-focus our attentions and abandon the false-promise of early detection.

We need better treatments and we need true prevention.