We Can’t Be Pink’d: The NCI

(August 3, 2021) In response to our multiple call-outs to the agency, Breast Cancer Action staff and our scientific partners from Silent Spring Institute met with representatives from the National Cancer Institute (NCI) to discuss our concerns with the agency’s approach to educating the public about environmental risk factors related to breast cancer. We will continue to have these conversations and propose ways for the agency to communicate updated and accurate information.

(June 8, 2021) Our second letter, with more than 60 signatories, was sent to the NCI. This letter expressed our disappointment in the minor changes they made to the Breast Cancer Prevention PDQ and their failure to address the process by which scientific evidence is analyzed and evaluated, as originally requested. In the letter, we were critical of the agency’s limited evaluation of evidence which excluded a growing body of environmental health research.

(May 25, 2021) The NCI again gave an inadequate response to our call to action. In response to the flurry of tweets from our members, the Director of the NCI, Dr. Sharpless, responded to our continued pressure and emphasized that the agency only reviews and summarizes human studies when it comes to evaluating environmental/chemical exposures and breast cancer risk. This made clear that the NCI is ignoring multiple streams of evidence, which hampers the agency’s ability to make a strong case for these exposures and their impacts.

(January 8, 2021) In response to pressure from hundreds of letters sent by activists like you, the NCI revised the information on their patient prevention webpage on January 8. The agency’s revisions doubled down on a bad approach to primary prevention, and ignore the multiple evidence streams that link harmful chemicals in the environment to increased breast cancer risk. As a response, we escalated our action and asked members to tweet to the NCI, the National Institutes of Health (NIH), and the Department of Health and Human Services (HHS).

(November 23, 2020) We did it! The National Cancer Institute (NCI) has responded to our campaign, agreeing that changes need to be made to make public the links between environmental exposures and breast cancer risks. But there’s more work to be done—the NCI only responded to one of the five requests made in our official letter to the agency. Read more about the NCI’s response and take action here.

(November 21, 2020) BCAction is in the news! On Saturday, November 21, STAT News, a leading health and science publication, published an Op-Ed on our action entitled, “The NCI needs to publish information about chemical exposure and breast cancer risk,” authored by Dr. Linda Birnbaum, Scientist Emeritus and former Director of the National Institute of Environmental Health Sciences (NIEHS) and National Toxicology Program, and Scholar in Residence, Duke University, and Dr. Margaret Kripke, Professor Emerita of the MD Anderson Cancer Center and former member of the President’s Cancer Panel.

(November 17, 2020) Our official letter to the NCI was delivered on Tuesday, November 17. The letter urges the agency to update its publicly available information about breast cancer risk and prevention to include the current scientific understanding of environmental exposures, and details five necessary steps to ensure this information remains a priority moving forward.

During the third week of We Can’t Be Pink’d, we are calling out the National Cancer Institute (NCI) for their lack of information on environmental risk factors.

The NCI is the federal government’s principal agency for cancer research and training. It oversees the largest cancer research fund in the world and hosts a leading go-to cancer information website for patients, medical care providers and the general public. But the NCI is not telling women the whole story about risks to their health!

In this year’s Think Before You Pink® campaign, we are letting the administration know that  “We Can’t Be Pink’d: Say NO to Pink Policies.” Since 2002, Breast Cancer Action has led this campaign each October in response to “Breast Cancer Awareness Month.”

From the President down to agency leaders, we’re taking on the lack of leadership in addressing the breast cancer epidemic. Each week in October we’ll address one of these four agencies that needs to do better: the Environmental Protection Agency (EPA) the Food and Drug Administration (FDA), the National Cancer Institute (NCI), and the Department of Justice (DOJ). 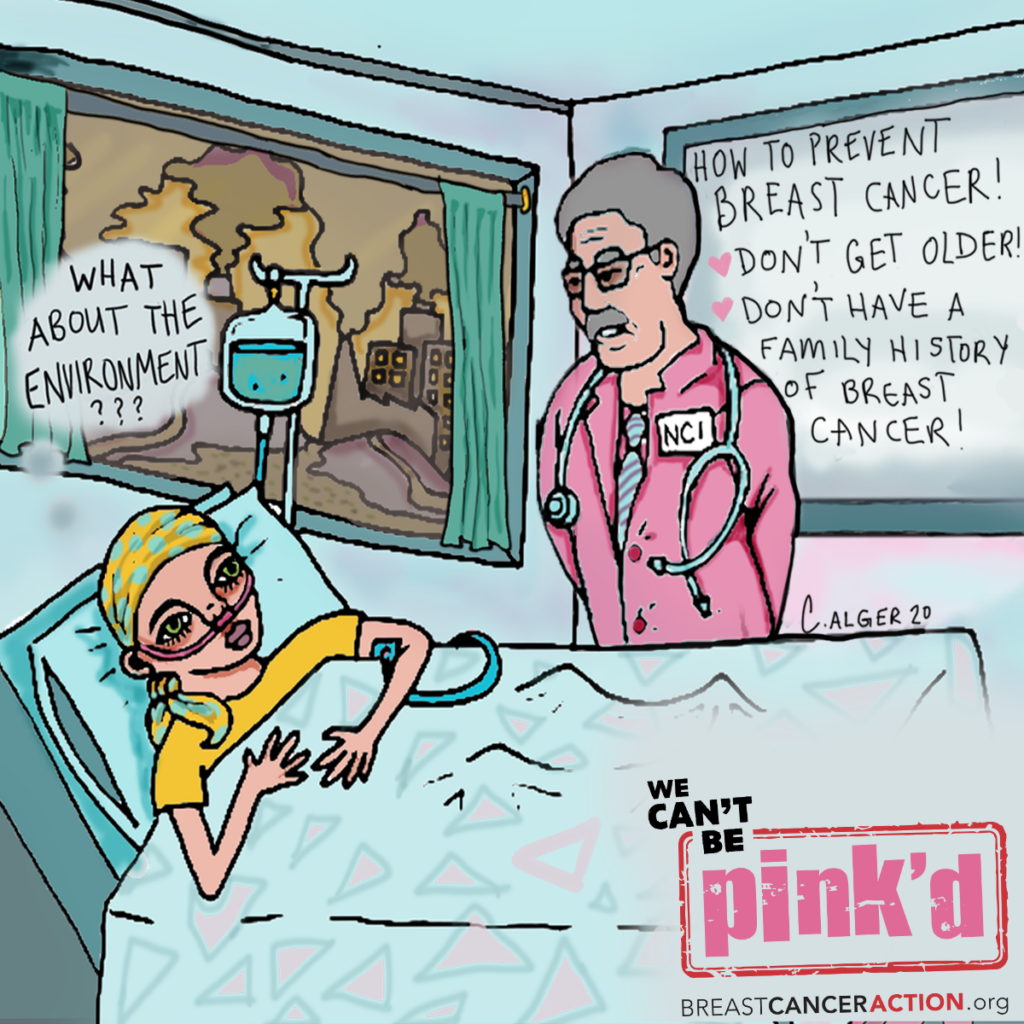 Even more problematic, the NCI leaves out current information on environmental exposures. The website currently claims that “it is not clear” whether the environment affects breast cancer risk, failing to tell women about the growing body of evidence related to potential links between chemical exposure and breast cancer. However, a 2007 review of the science found:

Tell the NCI to publish all of the information on environmental links to breast cancer on their website!

Other federal agencies and working groups clearly state the problem. For example, the National Institute of Environmental Health Sciences concluded: “Most experts agree that breast cancer is caused by a combination of genetic, hormonal, and environmental factors.”

The Institute of Medicine encouraged precaution around chemical exposures, stating: “… it may be prudent to avoid or minimize exposure because the available evidence suggests biological plausibility for exposure to be associated with an increased risk of breast cancer, or there is suggestive evidence from epidemiology, or both.” Women need to know everything they can do to reduce breast cancer risk.

More than a decade ago, the President’s Cancer Panel concluded that “Public health messages should be developed and disseminated to raise awareness of environmental cancer risks and encourage people to reduce or eliminate exposures whenever possible.”

We agree. It’s time for the NCI to take the advice of the President’s Cancer Panel because women deserve the full story about environmental links to breast cancer. Without it, the NCI is allowing government and agency leaders to function under the false assumption that environmental risk factors don’t matter, while they continue to promote pink policies that claim to protect the public but instead fail to address and end the breast cancer epidemic.

Join us in saying no to pink policies. Tell the NCI to provide information on all modifiable risk factors, including environmental exposures! 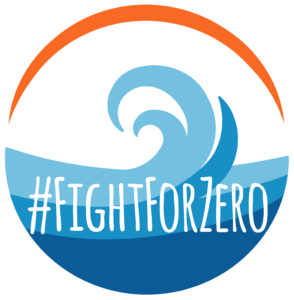 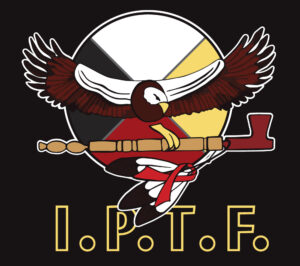