A (R)Evolution: Get the Facts

Get the facts on each of the industry tactics we’re identifying and exposing in our 2022 Think Before You Pink® campaign, “A (R)Evolution” and view and share our social share graphics.

We’re calling on breast cancer activists to join us to “Educate. Organize. And Take Action” this October. Use these facts and resources to learn more about late-stage capitalism and breast cancer, and share them with your community to spread the word.

Within this system, the industry tactics we’re exposing are the Manipulation of Media, Marketing, and Advertising, Disinformation and the Suppression of Scientific Evidence, and Political Influence and Interference.

The Manipulation of Media, Marketing, and Advertising

Cause marketers exploit the constituencies they claim to serve (such as people living with breast cancer), turning harsh human realities into a saleable commodity. Direct-to-consumer advertising by Big Pharma plays to the hopes and fears of ailing individuals by presenting biased, over-simplified information focused on possible outcomes while ignoring or downplaying the seriousness of side effects.

Direct-to-consumer advertising by Big Pharma plays to the hopes and fears of ailing individuals by presenting biased, over-simplified information focused on possible outcomes while ignoring or downplaying the seriousness of side effects.

Disinformation and the Suppression of Scientific Evidence

For-profit corporations have been found to suppress scientific information that links their products to increased breast cancer risk, so that they can continue to grow their profits. Worse yet, the regulatory agencies that are tasked with monitoring these corporations often turn a blind eye to these practices as capitalism has metastasized to normalize profit as the ultimate goal, ignoring community safety, public health, and the right to live free of toxic environmental exposures.

Under capitalism in this country, corporate stakeholders can be appointed to regulatory agencies, and people from regulatory agencies often leave to become lobbyists for the corporate sector they once regulated. This “revolving door” practice is better-regulated in many countries but it thrives under capitalism. This often leads to “regulatory capture” which occurs when an agency that exists to serve public interest instead advances the commercial or political concerns of special interest groups within an industry.

Part I – The Manipulation of Media, Marketing, and Advertising 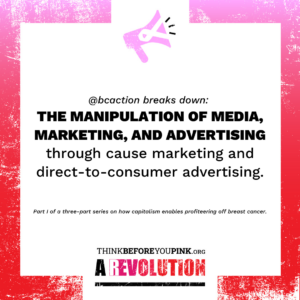 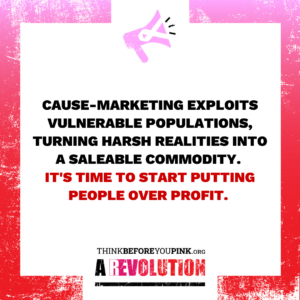 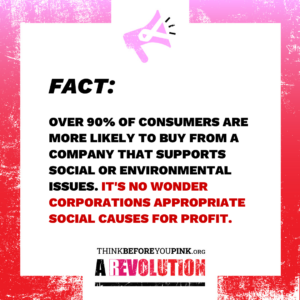 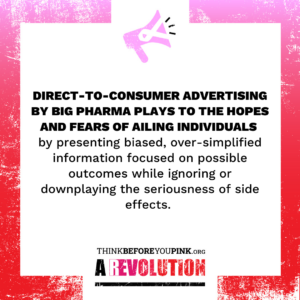 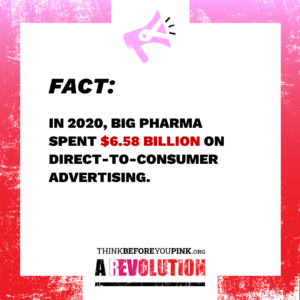 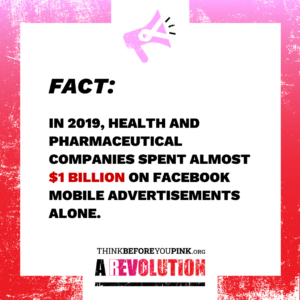 Part II – Disinformation and the Suppression of Scientific Evidence 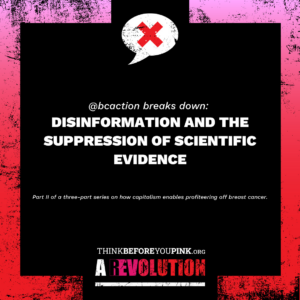 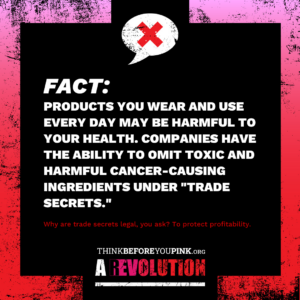 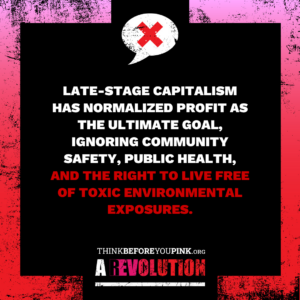 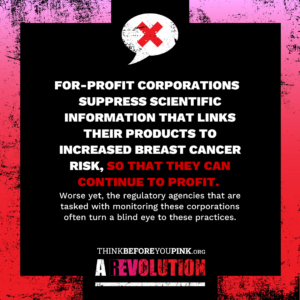 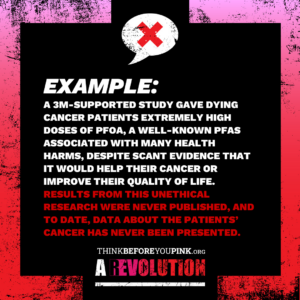 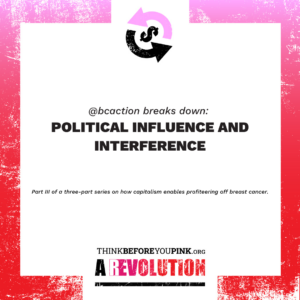 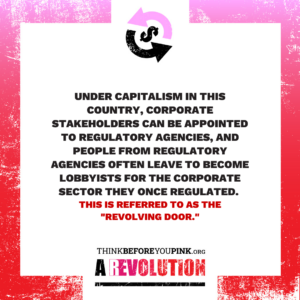 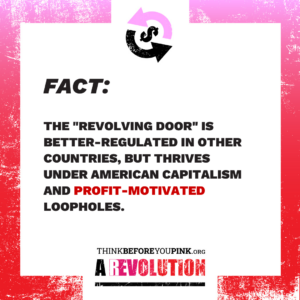 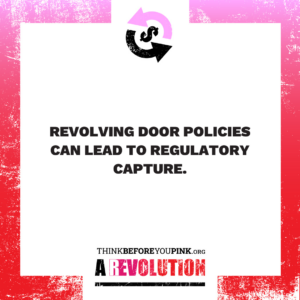 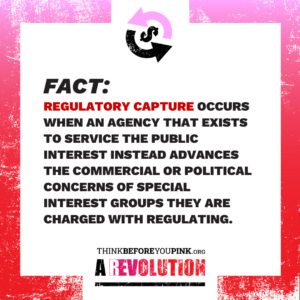 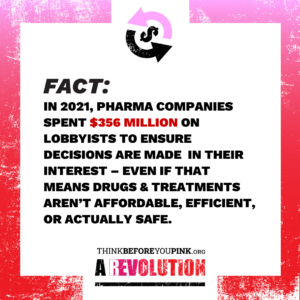