The Trade-offs of Ten Years of Aromatase Inhibitors 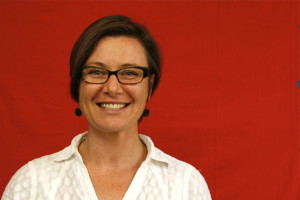 A new study published on June 5, 2016, in the New England Journal of Medicine evaluated the efficacy of extending the treatment of letrozole from five to ten years for women with hormone positive breast cancer. Although the study found that there is a statistically significant reduction in recurrence of breast cancer in the same or the other breast, the study did not demonstrate improved overall survival for women with the longer course of treatment. Indeed, the significant side effects of aromatase inhibitors combined with the relatively modest benefit warrant a deeper look at the study and its results.

This study will be of interest to many Breast Cancer Action members who have been diagnosed with hormone positive breast cancer. Roughly two out of every three breast cancers are hormone receptor positive, which means the cancer cells are fueled by the hormone estrogen, and in some cases progesterone.

Patients whose tumors carry a significant number of receptors for either estrogen or progesterone are usually offered hormone therapy as part of their post-surgery treatment plan. Premenopausal women are offered the hormone blocker tamoxifen while postmenopausal women may be given either tamoxifen or one of three drugs in a category of drugs which stop the production of estrogen called aromatase inhibitors.

The toxicities and side effects of tamoxifen and aromatase inhibitors are different, but each come with significant effects on health and quality of life for a percent of women who take these treatments. While some women tolerate these treatments well, others have severe quality of life impacts. Indeed, many women stop treatment of hormone therapy before completing the recommended course.

Although hormone positive breast cancers are generally considered to be less aggressive than Her2 positive or triple negative breast cancers, women with these tumors remain at risk for recurrence for the rest of their lives. Until a few years ago, five years of hormone therapy was considered the standard of care. But in December 2012, a new study was released and discussed at the San Antonio Breast Cancer Symposium which showed that extending treatment with tamoxifen reduced both recurrence of and death from breast cancer. (I wrote about the study at the time.)

In response to this study, many women and their doctors have wondered if the findings about tamoxifen can be extrapolated to aromatase inhibitors, which although utilizing a different mechanism, are used to treat many of the same tumors.

This MA.17R study coordinated by the Canadian Cancer Trials Group and was funded in part by Novartis (which manufactures letrozole). Researchers enrolled 1918 postmenopausal women and assigned half of them to get either five additional years of letrozole after initial hormone treatment or a placebo: 959 women treated with letrozole for ten years were compared with an equal number of women (959) who were treated with hormone therapy for five years and then given a placebo for five additional years. On average, participants were followed for just over 6 years and researchers looked at recurrence in the same breast, breast cancer diagnosis in the opposite breast (contralateral), overall survival, and quality of life.

Although there was a statistically significant improvement in disease free survival—that is women experiencing neither a recurrence in the same breast or occurrence in the other breast—for women on letrozole, there was no difference in survival at the five-year mark.

For women who are considering extending treatment with an aromatase inhibitor to a full ten years, these relatively modest benefit in disease free survival will be weighed with the side effects of AIs including bone loss (osteoporosis and bone fracture), joint and muscle pain, hot flashes and night sweats, and sexual effects.

As Dr. Eric Wiener, the director of the breast cancer program at Dana-Farber and chief scientific adviser for Susan G. Komen, was quoted by the New York Times as saying in response to this study: “You have to be careful not to over-treat everyone.” Indeed, any treatment which fails to improve overall survival while exposing large numbers of women to health harms and quality of life effects, should be considered extremely carefully—despite the glowing media headlines.

Women considering extending treatment with an aromatase inhibitor should evaluate the benefits and harms for themselves and talk to their health provider about specific questions they may have.