SABCS 2014: Chemoprevention: Still No Evidence That It Reduces Risk of Dying From Breast Cancer 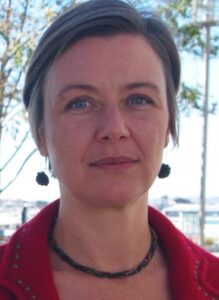 Chemoprevention –  attempting to reduce a healthy woman’s risk of breast cancer through pharmacological drugs –  has been a contentious issue for many years. Some doctors and researchers bemoan that they can’t convince women to take tamoxifen or aromatase inhibitors to reduce their risk of cancer.

Meanwhile, advocates push back on pathologizing aging for women (some studies consider women over 60 at high risk for breast cancer just by virtue of their age and thus eligible for chemoprevention) and call for true primary prevention. By true prevention they mean not prevention in a pill but instead focusing on the environmental links to the disease. Plenty has been written and said about that and for the purposes of this post, I’ll focus on the extended analysis of the IBIS trial (International Breast Cancer Intervention study – session citation at bottom of post).

On Thursday morning at SABCS, researchers shared 20 year follow-up data from IBIS, expanding on the 10 year data that has already been published. The study randomized women to take tamoxifen vs. a placebo for five years. Half of these women were pre-menopausal and half were post-menopausal.

The presenter’s opening assertion was “breast cancer is the epidemic of our century! And it is rising on an incline that is not encouraging for the future. We need to do more than treat, we need to prevent.” However, being familiar with this topic, I knew he wasn’t talking about true primary prevention;  he was calling for risk reduction by giving otherwise healthy women some of the drugs prescribed to women who actually do have breast cancer.

In order to prevent one breast cancer diagnosis over the 20 year period of observation, 22 healthy women would have to receive treatment. Previous researchers have reported a reduction of incidence of new breast cancers in the first five years of treatment (reduced from 6.3% down to 4.6%). These new observations extended over 20 years find a continued reduction of new breast cancers (reduced from 12.3% on placebo to 7.8% on the tamoxifen arm of the study).

Unlike most drugs that only work while a patient is taking them (for example, statins and aspirin), the interesting thing here is chemoprevention continues to reduce the risk of ER+ breast cancer for years after treatment. There was a small increase in triple negative breast cancer after 10 years, and it is not clear why tamoxifen would cause that. Furthermore, it is important to note that patients who took tamoxifen didn’t necessarily live longer.

Looking at the many adverse effects of tamoxifen, most occurred during the period of treatment. There is an increase in other cancers for women who take tamoxifen, including endometrial cancer. There were nine additional cases of endometrial cancer (29 vs. 20) for women on tamoxifen, all of which occurred during the active treatment period in the first five years. Five of these women died during the study. There were 32 additional cases of non-melonoma skin cancer (which is rarely fatal) on tamoxifen (116 vs. 84). In contrast, there was a slight reduction in incidence of colorectal cancer for women taking tamoxifen.

These adverse events were also associated with increased deaths, which also appeared in the initial report at eight years. 31 women died on the tamoxifen arm of the study compared to 26 women on the placebo. As I mentioned earlier, five women died of endometrial cancer after active treatment.

One final note: someone in the audience asked whether, in light of the trend to treat women with breast cancer with hormone therapy for ten years rather than five, this should extend to chemoprevention. The researchers responded that the data on chemoprevention would not support the extension of treatment to ten years. And indeed, most of the adverse effects were associated with the five year treatment period.

Most women on the study are still alive and the researchers caution that it’s too early to make mortality predictions. Even though 20 years seems like a long follow up, it’s still too early to know whether taking tamoxifen for five years can reduce the risk of dying from breast cancer.