FDA Approves First Drug to Be Used in Neo-adjuvant Setting 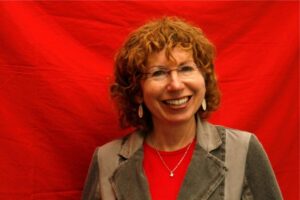 The first FDA-approved drug for the neo-adjuvant (before surgery) treatment of breast cancer was announced last week. Pertuzumab, trade name Perjeta, manufactured by Roche, was previously granted FDA approval in 2012 for treatment of metastatic HER2-positive breast cancer. This new approval, granted under the accelerated approval program, is intended for women with early stage HER2-positive breast cancer that have tumors greater than 2 cm or with positive lymph nodes. It is intended to be used in combination with Herceptin and other chemotherapy drugs prior to surgery.

Perjeta’s approval, for use pre-surgery, is based solely on data that shows a pathologic complete response (pCR) which means that after the treatment there are undetectable levels of cancer cells in the breast or lymph nodes. In the study, approximately 39% of the Perjeta plus Herceptin and docetaxel group achieved pCR, compared to 21% who only received Herceptin and docetaxel.
The most common side effects reported of this treatment were hair loss, diarrhea, nausea, and a decrease in white blood cells. Other significant side effects included decreased heart function, which is why all patients need to be screened for heart function prior to and during their treatment. The cost of Perjeta plus Herceptin for a typical course of treatment is estimated at $27,000 – $49,000.

Under the FDA’s accelerated approval program, patients have access to promising treatments while confirmatory clinical trials are conducted. This confirmatory trial is still underway with Perjeta in the neo-adjuvant setting looking at efficacy, safety, and long-term outcomes. The results are expected in 2016.

Although use of drugs in the neo-adjuvant setting appears promising, Breast Cancer Action is advising caution as it still has not been shown that pCR necessarily translates into overall survival. There is no way to know as of now if the tumor shrinkage/elimination shown will actually translate into women actually living longer or better. Only overall survival data can do this.

We can support the approval of Perjeta with only the pCR data in the neo-adjuvant setting because we already have data on this drug (in the metastatic setting) that shows it does improve overall survival and has low toxicity. We would not be as supportive if this were not the case. So although BCAction agrees that having Perjeta for use in the neo-adjuvant setting adds a reasonable option for women with HER2+ breast cancer, we will continue to uphold our standard that newly approved drugs be backed up with solid clinical data that show the drug extends life, improves quality of life, or costs less than drugs currently on the market.

We will be looking for the confirmatory data on Perjeta, and watching very closely as other drugs come up for review for use in the neo-adjuvant setting.