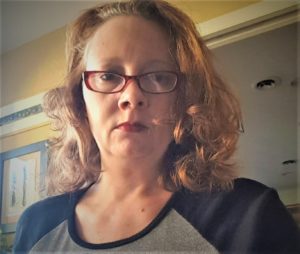 My name is Wendi Dennis, and I was diagnosed with stage 3b breast cancer in October of 2010. At the time, I was working full-time at a non-profit arts organization and received health insurance through work. I began treatment that November and finished it in January 2012. My treatment included chemotherapy, lumpectomy, radiation, and a year of Herceptin every three weeks. My chances for a metastatic recurrence (metastatic means cancer spread to other parts of my body, and this is the type of breast cancer that kills people) are around 30 percent. I was five days shy of being 39 at time of diagnosis. I am now 45 years old but I feel like I am 60, thanks to treatment which ravages the body, especially Herceptin’s impacts on heart health.

After finishing treatment, I left my 70-hour-per-week job because I was too fatigued to keep up that pace. I turned a hobby of pet and house-sitting for friends into a business, became a self-employed small businesswoman with a pre-existing condition.

Because I live in Maryland, which had a high-risk pool for people with pre-existing conditions, I had to pay $400 a month for health insurance. This was more than I could afford as I was starting my business, and I depleted my savings. But I knew better than to go without health insurance, having just been educated the hard way on the full cost of cancer treatment (those “this is not a bill” pieces of mail are scary). When the Affordable Care Act went into effect, I qualified for a subsidy, which helped offset the costs of healthcare as someone struggling to get her business up and running while still suffering from cancer treatment-induced fatigue.

Repealing the Affordable Care Act, as much of the Republican leadership in Washington, D.C., would like to do, will negatively impact me as a cancer patient, as a poor working class woman and a small business woman. Their new healthcare legislation, the American Healthcare Act, makes it harder for people who most need it to access life-saving healthcare. And last night, the Republicans just made changes to the Act to eliminate federal requirements for essential health benefits, which will weaken protections for those of us with pre-existing conditions. I thought one of the purported goals of this administration and Congress was to help the working class people and to encourage business growth?

We should have universal healthcare. We need this solution, this end to discrimination. America must stop hating the poor, the sick, and the poor and sick.

I get very angry when I listen to the discussions about the proposed American Healthcare Act, the GOP’s “repeal and replace” healthcare plan. When Mr. Paul Ryan discusses how the healthy have to pay for the sick, it sounds to me like blame—the blame all cancer patients get. Even breast cancer patients get those questions: “Did you have kids,” “Did you breast feed?”—that are really asking, “Did you do everything in your power to reduce your risk of getting cancer?” “Did you eat right, exercise?”

In the past few years, those attitudes angered me but I knew that it was people’s fear and desire for control driving those questions. People think if they identify what I or other cancer patients did “wrong” they can assure themselves they will be “all right” because they done everything “right.” I learned to brush off all that blame. But these days, that line of questioning has taken a darker turn in our national consciousness and conversation. There is an underlying current of “I take care of myself and will never get cancer, so why should I pay for these people who obviously did something wrong and did get cancer?”

I learned long ago that wondering why/how I got cancer is a waste of time and energy. I can whine about how I was fit, of average weight, a non-smoker, ate reasonably well and still got cancer anyway. But I still got cancer and that stuff doesn’t matter. It seems like it will matter now though, as I am a resident of the kingdom of the sick and will be blamed for my illness. I will be looked upon as one of those sick people the healthy people have to pay for as a result of the Affordable Care Act. All the while, those resentful of having to pay for the sick think smugly it won’t happen to them. I hope it doesn’t. But if it does, the American Healthcare Act won’t help them.

Please join me in giving our Representatives a call and tell them to oppose the American Health Care Act.