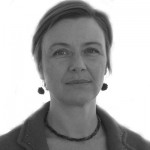 A panel of medical experts stood firm against political backlash last month and insisted that biennial mammograms are unnecessary for women below age 50. The guidance from the U.S. Preventive Services Task Force affirms long-standing evidence debunking the belief that standard screening of women as young as 40 for breast cancer reduces deaths. It’s an idea founded more in politics and profit than in science.

Politicians and interest groups have clung to the myth that mammograms save lives. In response to the expert panel’s findings, Sen. Barbara Mikulski (D-Md.) wrote an open letter to the U.S. Health and Human Services secretary, asserting that “mammograms are essential for early detection.” Rep. Debbie Wasserman Schultz (D-Fla.) criticized the panel guidelines as “a dangerous step in the wrong direction.” The American Cancer Society and American College of Radiology, whose core businesses include promoting widespread screening, have loudly protested that the task force’s guidelines.

The independent expert panel was formed by the U.S. Preventive Services Task Force, a group created in 1984 to provide clinicians with evidence-based recommendations about preventive services. As we’ve seen in an increasing number of scientific studies, the panel determined that society should reduce the practice of widespread screening of women at average-risk for breast cancer. It recommended biennial mammography for women age 50 to 74, noting that screening should be a personal decision for younger women.

Mammography screening, which has been widely promoted for women in their 40s since the 1980s, is failing to meet our expectations of extending women’s lives. Routine breast cancer screening was supposed to prevent women from dying of breast cancer, but studies have shown that the “early detection saves lives” mantra just isn’t true for breast cancer.

Despite widespread mammography, breast cancer remains the second leading cause of death in women, killing about 40,000 every year in the United States. Any decline in the breast cancer mortality rate is likely the result of improved treatment – primarily the development of targeted therapies, like herceptin – rather than widespread screening. In 2014, the British Medical Journal published the largest mammography study to date, finding that screening average-risk women – before they could feel a lump in their breasts – did not lead to lower breast-cancer death rates for those in their 40s and 50s. The National Cancer Institute came to a similar conclusion in an analysis of multiple mammography studies involving nearly a half-million women: “Screening for breast cancer does not affect overall mortality.” These results suggest that the expert panel’s new guidelines actually don’t go far enough. Research has brought the entire endeavor of widespread breast cancer screening into question, even for women beyond their 40s.

It’s now evident that, not only have the benefits of mammography been overstated, but also the harms have been downplayed. Population-based screening results in a high incidence of false positives (mistaken results that show a woman may have cancer), over-diagnosis (identification of a cancer that is not and never will be life threatening), and over-treatment (treatment of cancer that will likely never cause symptoms or become life-threatening). Based on the results of one study, the authors estimated the following results for 10,000 women, age 50 to 70, undergoing a single screening:

Mammograms will be normal (true negatives and false negatives) in 9,500 women. Of the 500 abnormal screens, 466 to 479 will be false positives, and 100 to 200 of these women will undergo invasive procedures. The remaining 21 to 34 abnormal screens will be true positives, indicating breast cancer. Some of these women will die of breast cancer in spite of mammographic detection and optimal therapy, and some may live long enough to die of other causes even if the cancer had not been screen detected. The number of extended lives attributable to mammographic detection is between two and six.

Some insist those two to six lives make it worthwhile to screen everyone. But other studies suggest that some of these women would simply die of other causes, suggesting that screening ultimately doesn’t affect all-cause mortality. while routine mammography may benefit a few women, it harms many, many more. Tens of thousands of women nationwide each year who are over-diagnosed and over-treated suffer the lasting physical, psychological and financial harms of treatment for something that would never have come to their doctors’ attention were it not for a screening mammogram. These harms are not trivial or incidental.

Last spring, the New England Journal of Medicine published a strongly worded perspective from the Swiss Medical Board concluding that mammography screening for the general population is “hard to justify.” The board has recommended that Switzerland phase out existing breast cancer screening programs and stop introducing new ones.

Mammography is an important tool when used in a targeted way, to diagnose a suspicious lump or to monitor women at extremely high-risk for breast cancer. Medical evidence has shown that routine mammograms do reduce breast cancer deaths for women with a deleterious BRCA mutation, a mutation that increases the risk of developing several kinds of cancer.

Wasserman Schultz, the congresswoman, is a BRCA2 carrier who has been vocal in opposing reduced mammography screening. She has used her personal story to discount established medical research. Finding a lump in her breast in a self-exam allowed the congresswoman to get potentially life-saving treatment. But when dealing with public health, we cannot and should not draw conclusions from a single case. Nor should we make policy for the general population based on what benefits an extremely high-risk group.

We need to radically rethink the tenets of the breast cancer awareness movement. It is clear that for average-risk women, the fundamental philosophy behind “early detection” is flawed. Political calls to revise the task force recommendations are misguided. Our long-standing one-size-fits-all practice of widespread breast cancer screening does not benefit women’s health and well being. Instead, it has created a population of over-diagnosed breast cancer “survivors” who have suffered all the physical, emotional and financial harms of treatment without their lives ever being threatened by or ever experiencing symptoms of cancer.