The Advocate’s Abyss: Hope and Despair at SABCS 2014 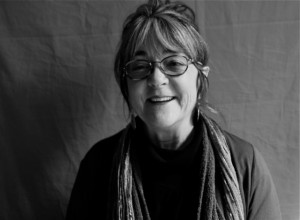 When I first attended the San Antonio Breast Cancer Symposium (SABCS) in 2013, I returned with a feeling of hope: I was inspired by some presenters who expressed sincere interest in developing less toxic treatments, treatments that are more accessible to more women, and treatments that allow a woman to maintain or even improve her quality of life when being treated for breast cancer. I also remember there was some acknowledgement by conference presenters that the U.S. system for obtaining research funding was broken. These little recognitions throughout the conference, though brief and somewhat superficial, helped shift my cynical perception of the breast cancer industry – a little.

But I didn’t find that glimmer of hope this last December. Instead, I came away with a heavy heart. I’m deeply frustrated by how the industry is driven by and dominated by Big Pharma – and their profit margins. And I believe that as long as we keep dumping toxins into our environment, we will keep everyone involved with this infrastructure in business.

So I came away from the conference with nothing much to say – almost.

For three evenings during the conference, patient advocates gather to hear panels of experts translate some of the dense science from the day’s presentations. During these evenings, we were enthusiastically told by researchers and clinical practitioners that the power of advocacy was in its ability to turn research into policy; we were told there needed to be more communication between scientists and advocates who could translate the science. I was uncomfortably suspicious that we were talking too much about advocacy not for patients but for scientists, that we were focusing too much on how to make it easier for patients to understand the work of scientists. As though somehow, if patients simply understood what scientists were doing, then we could all go home. “No!” I wanted to say. Where is the patient in all of this, the individual dealing with this lousy diagnosis? What about what they need? Why aren’t we talking about patients and what they live through and letting that guide what scientists do? Why aren’t patient experiences driving the agenda?

Things started looking up when Dr. Eric Winer of the Dana-Farber Cancer Institute began to talk about compassionate care, about the “whole patient experience,” and about actually listening to patients and their advocates (imagine that).  Regarding clinical trials, he wondered: what if the treatment is highly toxic and produces minor benefit? He rightly noted: “Only patients can say to us, ‘Don’t bother – it’s not significant for us – don’t waste your time’.” But we have a long way to go before patient-reported outcomes become the mainstream measure of success or failure when it comes to breast cancer treatment and care.

One advocate at an evening session called attention to the fact that some independent researchers are studying the treatment benefits of natural and inexpensive substances, such as curcuminoids. She expressed frustration that there was no funding for these studies. Peter Ravdin, MD, PhD responded, “Yes, there ARE substances that we can and should begin to study.”

But she wasn’t referring to the development of synthetic analogs. “No,” the advocate said.  “I’m not talking about profit-driven patents. I’m talking about independent researchers studying naturally occurring substances that show some promising results.”

There was no further comment on the subject from the evening’s panelists. But it’s clear that, where there’s no potential patent and no money to be made, there’s no investment – no matter how promising the benefit for patients.

My background is in psychology and I have a deep interest in the psychosocial impact of a breast cancer diagnosis such as treatment-related depression and issues related to intimacy following surgical intervention. But I did attend a fascinating presentation on some of the basic science of breast cancer during which I watched a time-lapse video of cancer cells metasticizing, the “leader cells” escaping from the tumor like undercover terrorists to penetrate surrounding tissue. I loved that the presenter was enthusiastic, imagining he was onto something significant – and maybe he is. But he spoke words I heard over and over at SABCS: “This is really interesting – this is exciting for us – but we don’t know what it means.” I wanted breakthrough news and I had a feeling it wasn’t going to happen this year.

The frustration I had been feeling all week with regard to our for-profit model of healthcare peaked after Dr. Lorenzo Livi from Florence University in Italy presented findings related to Intensity Modulated Radiation Therapy (IMRT) vs. whole breast radiation therapy. He concluded that IMRT was promising in terms of efficacy but Dr. Lorie Hughes, based in the U.S., questioned his interpretation. She stated that she didn’t feel the study had a positive outcome at all because she was always looking for cost reduction to be a major part of the equation and IMRT was more expensive than whole breast radiation. Livi paused and then responded, “In my country, we are a public service. IMRT is not more expensive than other treatments; it is all the same. Cost is not an issue for us.” (Sigh.) Imagine treatment as a public service instead of a profit-driven industry.

To avoid sinking into the dreaded Advocate’s Abyss, I will note that there was some good news for patients with metastatic disease. For post-menopausal women who are HR positive, Faslodex extended overall survival by 5.7 months, an improvement over Arimidex. (Yes – that will cost $740 per monthly injection.)  And for triple negative metastatic disease, for patients with high levels of a particular protein, researchers are looking at certain drugs that target cell death, and will reactivate a patient’s individual immune system. This sounds promising, yes?

Don’t get me wrong. I know that incremental progress in research outcomes may eventually lead to better treatment, but every day I talk to women who don’t have the luxury of time. And every day, I look at the many young women I’m blessed to have in my life and I wonder why we can’t assure them that we’re doing everything possible to prevent them from ever getting breast cancer in the first place. Our elected leaders and government agencies are asleep at the wheel and the lobbyists have their foot to the floor on the gas pedal.

By the fifth and last day of the symposium, I was feeling hopeless and cynical. An Iraqi oncologist visited our booth and talked about the probable causes of breast cancer in his country. He said the disease was caused by “…uranium pollution from the war, a population that lives with the constant stress of war, and poor nutrition.” We talked for a few minutes and I experienced a deep sense of resignation on his part. As he walked away, all I could offer was, “I am so sorry,” to which he replied with a gentle smile, “God will have to solve this.”

After days of poster sessions, individual presentations, and numerous panel discussions, following the final session on Saturday morning, I was moving toward the exit in a slow, dense flow of people. Two doctors were shuffling along behind me and one said to the other, “Well – you certainly don’t come to these things for the meeting. But every six years or so, someone presents something important.” Next year I’ll be looking for the game changers that favor the patient.