SABCS 2014: ICE Study – Ibandronate with or without Capecitabine in Elderly Patients 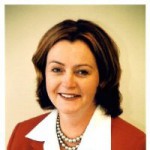 This trial aimed to determine the role of adjuvant chemotherapy with capecitabine in patients age 65 and older. Although about 50% of new diagnoses of early breast cancer are made in patients over 65, this group is underrepresented in clinical trials (in the past this group was excluded from trials). Without trials for this age group, it is unclear what effect (positive or negative) adjuvant therapy might offer these patients. Because elderly patients have a high incidence of bone issues (including osteoporosis, factures and more) when using Aromatase Inhibitors, this study addresses a non-AI adjuvant chemotherapy.

This trial explored using capecitabine as adjuvant chemo in patients over 65 years of age. Capecitabine is an anti-metabolite (it keeps cells from making DNA and RNA, which stops cancer cells from growing) and is converted to the drug 5-fluorouracil (5-FU) in the body, allowing more of the active drug to get to the tumor. Capecitabine was chosen to study as it can be taken orally and has a lower toxicity for patients. Standard therapies such as anthracycline/taxane based therapies can be too harsh to use for older, sometimes frail patients.

There was no difference in Invasive DFS seen between the two groups after 61.3 months of study. Additionally, there were no obvious differences in DFS found in any of the subgroups except the hormone receptor negative group (which was small, at 250 patients) which showed a slight (but not statistically significant) trend in favor of capcitabine.

Importantly, there was not an overall survival (OS) difference seen between the two groups.

Elderly patients with moderate or high risk early breast cancer do very well on ibandronate alone (77% disease free survival and 88% overall survival). These results were not impacted (either positively or negatively) by the addition of capecitine. Bisphosphonates should generally be considered for more elderly patients to mitigate the substantial number of bone-related problems. As this group has an overall very positive prognosis, and a high proportion of luminal type tumors (a type that generally has good outcomes) this study needs to be followed for a longer period of time to see if there are any late effects of using capecitabine.

NOTE: The study authors disclosed that GBG Research Institute received funding support and the study drug from Roche and AstraZeneca for the ICE study. They reported that the funders had no access to the study database and were not involved in the analysis and interpretation of the results. While the study investigators state that the funding did not impact the results, it’s important to keep funding sources in mind when interpreting results.