What, No Cure? There’s Always Next October. 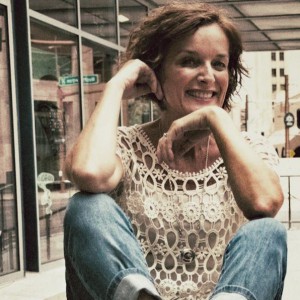 By Yvonne Watterson. This post originally appeared on Yvonne’s blog, Considering the Lilies.

Time to remove the pink ribbons from our lapels and gorge ourselves with Halloween candy. Tomorrow, when November comes, our grocery stores will turn from pink to the amber hues of Thanksgiving, and before we know it, many will be decorating Christmas trees, in the spirit of goodwill to all men.

Tomorrow on November 1st, after an interminable month of pink ribbons and races, I will still have breast cancer. I haven’t made the five-year mark yet so we can’t say it’s in remission, and in spite of all the stories we hear about women who have been “cured,” the fact is that breast cancer may recur at any time. Long-term remission is just not the same as being cured.

If I sound angry, it’s because I am. Over this past October, nobody told me why I got sick or why my friend Heather got sick or why some of our blogging friends were killed by breast cancer this year.  Again, we heard the unrelenting message that the answer to the breast cancer epidemic, which will kill 40,000 women in the United States again this year, is to get a mammogram, feel the boobies, and raise more money for “cancer research.”

I didn’t used to mind being bombarded with these messages. I gladly handed over my well-earned cash for the products emblazoned with the ubiquitous pink ribbon, I laced up my running shoes, paid the registration fees to the Susan G. Komen Foundation, and I walked, I jogged, I ran for a cure.

Then breast cancer got me. Why me? Nobody could tell me otherwise, so I blamed myself. Was it because I hadn’t done my self-exams or breastfed my baby or exercised enough or had one too many glasses of red wine? But there was no family history, and I’d gone for all my mammograms. I had none of the risk factors. Then I found out that less than 30% of people diagnosed with breast cancer are genetically pre-disposed, so I began thinking about the environment. Why the silence about toxins and environmental carcinogens? Shouldn’t the environment be part of the international conversation during Breast Cancer Awareness Month (BCAM)? Especially in America, where, as the President’s Cancer Panel reported in 2010, “the true burden of environmentally induced cancer has been grossly underestimated, and the American people—even before they are born—are bombarded continually with myriad combinations of these dangerous exposures.”

It’s chilling to think of babies being born, already polluted. But – and this should stop all of us in our tracks – under the current law, only 200 of the more than 80,000 chemicals in use in the U.S. have been tested for safety. These chemicals are found in products we use every day – clothing, cleaning supplies, plastics, perfume, paint, you name it. Industrial chemicals – unlike pharmaceuticals or pesticides – do not have to be tested before they are put on the market.

Surely the people behind BCAM would want the country to be aware of this? Just who are those people, anyway? Well, allow me to introduce you to AstraZeneca, the pharmaceutical giant that came up with the idea of turning October into the month to “be aware” of breast cancer. As such, all official BCAM materials must have AstraZeneca’s stamp of approval before being released. In those materials, you will find an unflagging focus on awareness and getting mammograms, but you will not find any mention of environmental carcinogens or the need to find what causes or how to prevent breast cancer in the first place. Surprised? Don’t be. AstraZeneca is also the third largest producer of pesticides in the U.S., making billions off it annually. Every day, the chemical plants at AstraZeneca release potential cancer-causing toxins into our environment. At the same time, AstraZeneca owns Salick Health Care, the leader in hospital-based cancer centers.

Oh. Lest I forget, AstraZeneca is the leading producer of Arimidex and Tamoxifen. That’s right. Tamoxifen, an often-prescribed drug for the treatment of breast cancer in pre-menopausal women. October has been astronomically profitable for AstraZeneca, on the one hand selling its cancer treatments, and on the other producing pesticides and a tidy profit. How much cash? Well, in 2009, AstraZeneca reported sales of $32.8 billion.  And that, my friends, is a bitter pill for me to swallow every night at 9 o’clock.

Surely there’s a way to use October to bring attention to all of this? Breast Cancer Action thinks so. A national, feminist grassroots education and advocacy organization that works tirelessly to end the breast cancer epidemic and does so without accepting corporate funding from cancer treatment facilities, pharmaceutical companies, health insurance organizations, chemical manufacturers, oil companies, or tobacco companies, it is the ONLY breast cancer organization I support with my time and money.

This year, when they launched their Toxic Time is Up campaign, I jumped at the chance to help. What a brilliant idea! BCAction needed volunteers to collect petition signatures at October breast cancer walks and runs all over the country. With droves of people out in pink, committed to supporting an end to breast cancer, we figured it would be easy to get hundreds if not thousands of signatures on the “Toxic Time Is Up! Demand Safe Chemicals for All” petition. All I had to do was collect the signatures, and BCAction would deliver them directly to the U.S. Senate committee in charge of this critical cancer prevention legislation.

So off I went, armed with my stack of petitions, to the American Cancer Society’s “Making Strides Against Cancer” walk in Tempe, Arizona. Incidentally, Chevrolet donates $10 for each test drive to the American Cancer Society’s “Making Strides Against Cancer,” but Chevrolet says nothing about the auto factories that expose women to all manner of toxins including those benzenes used to manufacture rubber tires, or the chromium and nickel used in welding and machining, or the formaldehyde that is a vital ingredient in the manufacturing of plastics and textiles. All linked to an increased risk of cancer, all covered up in October, bathed in pink.

Naturally, I made my way to the American Cancer Society’s table, never for a moment imagining that they would not only not sign the petition but that they would tell me I was “soliciting” and needed to leave, that they had paid to be there. I pointed out that I had paid too – with my right breast and ongoing treatment – but it mattered not. They wouldn’t even listen to what I had to say. When I asked one young woman why she was there, she said “for breast cancer.” So she was there for me. Right? I’m not so sure. She did not want to listen. Not when I tried to tell her about the chemicals in the shampoo she used that morning or the bisphenol A (BPA) in the linings of some of the canned goods in her pantry, or perhaps the flame retardants in her couch or the nonylphenols in her laundry soap – and how, as individuals, we can never completely control our chemical exposures.  So I walked away.

I lost count of the number of people who refused to sign the petition. I can’t help being angry at the team of women dressed in pink poodle skirts and pink wigs ostensibly “making strides for breast cancer” who told my daughter “no thank you” when she asked them politely to sign on in support of an overhaul of the 1976 Toxic Substances Act. One of them had the nerve to tell my daughter she wasn’t even around in 1976.

And then, as though I were committing a crime, two police officers approached me and informed me that I needed to leave.

Perhaps if I’d worn a pink T-shirt or a baseball cap with the Chevrolet logo and an ‘I am a Survivor’ badge, they would have let me stay.