Fracking on OUR Public Lands? No Way!

Do public lands in the U.S. really belong to you and me? If they do, shouldn’t we have a say in how they are used – especially if the decision could be harmful to public health?

The Bureau of Land Management (BLM) is considering new regulations that will allow private companies to drill and frack for oil and gas on public lands. We say: NO WAY.

We will not stand idly by while our government allows private companies to drill public lands and pump it full of chemicals that harm our health. 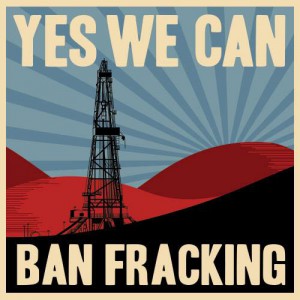 Fracking on public lands jeopardizes drinking water across the country — from Washington to West Virginia, from Montana to Florida. Each time a new well is fracked, tens of thousands of gallons of toxic chemicals, including known human carcinogens and endocrine disruptors, are pumped deep underground to force oil or natural gas to the surface.

Many fracking chemicals are linked to health harms, including respiratory, neurological, and reproductive problems, as well as several cancers, including breast cancer. And there’s no way of guaranteeing these toxic chemicals won’t end up in our drinking water for generations to come. That’s not a future I want, and I know you don’t either.

Take action with me today: tell President Obama that the public rejects fracking on our public lands.

We have until August 23rd, when the comment period ends, to join together and demand a ban on fracking our public lands. Take action right now to so President Obama hears our message loud and clear:

Ban Fracking on Our Public Lands!

There’s no un-contaminating our water supply. Now’s the time for us to act – together.