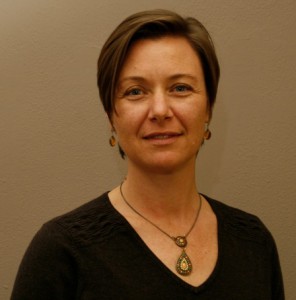 I am deeply dismayed by President Obama’s plan to expand hydraulic fracturing (“fracking”) as part of a solution to global warming. What good is solving the climate crisis if we’re all sick with breast cancer and other diseases, as a result?

President Obama’s plan to expand our country’s reliance on natural gas for energy necessarily means expanding the dangerous practice of fracking. Fracking is a form of extreme energy production that puts us all at risk for a host of health harms, including respiratory illnesses, reproductive disorders, as well as many cancers, including breast cancer. Nine out of 10 natural gas wells in this country are fracked, as fracking technology allows energy companies to reach natural gas reserves that would be otherwise too expensive to drill or that have already been depleted by old-fashioned drilling methods.

Simply put, fracking is not “clean” energy. The process involves mixing millions of gallons of water with tens of thousands of gallons of chemicals and pumping this toxic mixture underground at extreme pressure to break up rock formations to release gas. Over 700 chemicals are routinely used in the process of drilling and fracking for natural gas, and of these, dozens are known human carcinogens, endocrine disruptors, or are listed as “chemicals of concern” because of their link to myriad health harms.

Today, the U.S. Environmental Protection Agency estimates that up to 35,000 new wells are fracked in the United States each year. The President’s proposal today will only increase the expansion of fracking, and our exposure to these dangerous chemicals. We cannot solve climate change by exposing the public to chemicals that increase the risk of a plethora of public health harms, diseases and disorders.

All people in this country deserve clean air and clean water that will not make them sick. We should be seeking out truly clean, green renewable energy options will not poison the air we breathe, water we drink, and expose us to health harms. Substituting breast cancer for climate change is wrong. Worse, we are kicking a toxic can of health harms down the road and in so doing jeopardizing the health of future generations.  Let us together call on the President to protect public health and the planet we live on, without asking us to choose one over the other and without making us choose between one generation and another.