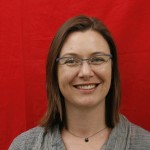 It’s outrageous that corporations are allowed to own human genes.

We recently testified at a U.S. Patent and Trademark Office (USPTO) hearing on gene patenting. Of the nine people who testified, we were the only ones who explained how gene patenting harms women’s health. We were the only people in the room voicing women’s opposition, on an issue that harms women’s health. There’s something wrong with that picture.

The USPTO held the hearing because they’re preparing a report for Congress about gene patenting, and without your input, the report will be one-sided. They need to hear from you.

You can help by sharing your experience with genetic testing. Tell the real story about gene patents, the one that isn’t about corporate profit.

Myriad Genetics holds exclusive rights to the “breast cancer genes,” BRCA1 and 2, the mutations on those genes, and all research performed on them. We all have these genes in our bodies, whether or not they have mutations, which means Myriad owns my genes and your genes. Gene patents, and the resulting monopoly over your health, have a very real negative impact:

Tell the real story about gene patents so women’s health isn’t left out of the picture.

Now is your chance – the U.S. Patent and Trademark Office is preparing a report for Congress & need to hear from you by March 26th.

We are proud to be a plaintiff in the case against Myriad’s patents, currently pending review from the Supreme Court. With your support, we will continue to oppose corporate control over our bodies, our genes, and our health.